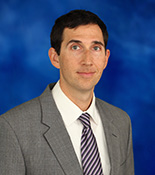 Tim Bruckner is a population health scholar with training in epidemiology, demography, and health services. He examines how health responds to ambient—and often unexpected—changes in the environment. His inquiries typically focus on pregnant women and persons with mental disorder, as these two populations appear sensitive to unexpected changes in the environment. A population health response to a phenomenon is not equivalent to the sum of individual responses measured from, say, a clinical trial because populations exhibit emergent characteristics often not identified from the study of individuals. A sampling of ambient changes that interest him include new mental health policies, economic shocks (both positive and negative), extreme cold, the 9/11 and November 2015 Paris terrorist attacks, and a toilet construction campaign in India. He intends for his work to inform basic science, social determinants of health, and health policy. His current policy-related projects receive funding support from the National Institutes of Health. 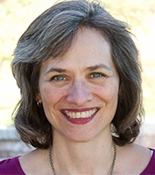 Susan K. Brown, professor of Sociology, focuses on population, immigrant integration, and urban studies. She is co-author of Parents Without Papers: Progress and Pitfalls of Mexican American Integration, winner of the 2016 Otis Dudley Duncan Book Award from the Population Section of the American Sociological Association. Drawing on census data and a survey of metropolitan Los Angeles, her findings show that when parents can legalize, their adult children fare better along a variety of dimensions.  Other recent publications look at the political knowledge and involvement of Latinos by migration status and find that legal migrants and their children are more politically involved and knowledgeable than unauthorized migrants, although the latter are more attuned to the workings of the economy. Current research projects examine interstate migration and the effects of citizenship (or lack of it) on the children of immigrants and refugees. From 2013-2019, she directed the master’s program in Demographic and Social Analysis at UCI.